Every kitty parent wants to give the best to their little pet babies.

However, in the process of making the cat happy, we sometimes make mistakes with the kind of foods that we give our cats. Not every food is good for cats, and you should make serious considerations when choosing the ﻿﻿kinds of foods﻿﻿ to give cats.

Here are the most dangerous foods that your cat should never eat:

Even though cats love meat and eggs, you should not give them raw foods since this exposes them to the risk of contracting diseases.

For example, eating raw meat may cause your ​contract salmonella which is a highly risky disease for cats. To ensure that your cat is safe, keep raw foods away from their reach, and keep these foods in enclosed areas.

Also, every time you handle raw foods, wash your hands with soap to avoid contamination and contracting illnesses. The raw foods may also cause hair shedding and chocking.

Humans love chocolates and they may be tempted to give their cats a bite of the bar.

This can be extremely dangerous because chocolates are as poisonous to cats as they are to dogs. Chocolate contains a component known as theobromine that is known to cause vomiting and diarrhea in cats.

This substance may also cause muscle tremors, abdominal discomfort as well as seizures. If your cat mistakenly gets a bite of your chocolate bar, you should see your vet as soon as possible. Alcoholic beverages and any foods that contain alcohol elements are dangerous to cats, irrespective of whether you gave her a bottle of it or just a spoonful.

If your cat has ingested alcohol, rush her to the vet as soon as possible before it is too late.

Some cat parents may assume that, since the cats drank their mother’s milk at an early age, it won’t do any harm at an adult age.

This assumption is wrong because cats are lactose intolerant, and ingesting dairy products can lead to stomach upsets, vomiting, and diarrhea.

Even at a young age, ﻿﻿﻿kittens should not drink any other milk apart from the mother’s milk, to avoid possibilities of stomach upsets.

5. Can cats eat garlic and onions?

Eating bits of onions in a meal may not be a big deal to cats, but large quantities of the onions family can cause problems.

Onions damage the cat’s red blood cells, resulting in severe conditions such as anemia. The immediate side effects of eating an excessive amount of onions include pale gums, orange/dark red urine, body weakness, and loss of appetite.

If you notice any of these signs, you should take your cat to the vet as soon as possible.

Xylitol is a sweetening substance that is used as a sugar replacement in certain foods.

This substance has been reported to cause seizures followed by liver failures and even death in dogs. While there is no evidence that it causes problems in cats, the fact that it has adverse effects in dogs should make cat parents worry about it.

7. Can cats eat grapes and raisins? Most pet owners use grapes and raisins as treats to reward their pets for doing something awesome.

However, there are reports that giving your cat grapes can cause kidney failures and even death in serious cases.

The early side effects include vomiting and stomach discomfort. Some cats may not immediately show these signs, but they may develop kidney failure gradually. Avoid giving your cat grapes, and keep them away from your pets.

Giving your cat a sip of your favorite coffee is also dangerous to her health. The problem is not necessarily in the coffee, but the caffeine substance in the coffee.

Other beverages that contain caffeine include tea, cocoa, chocolate, energy drinks and some cold medicines.

The immediate effects of drinking beverages with caffeine include breathing difficulties, heart palpitations, tremors, and restlessness. You should visit a vet immediately you notice these signs.

Dog owners may give their dogs a few pieces of bones to help sharpen the dog’s canine teeth.

However, giving such bones to your cat exposes your cat to the danger of choking and even death if the bone damages critical organs. If swallowed, the bones are too hard to be digestible, and they may rapture the inside of your cat’s digestive system. Some pet owners prefer petting both dogs and cats to prevent one pet from becoming too lonely when the owner is away.

If you have a dog and a cat at home, chances are that the cat has had a few bites of the dog food out of curiosity. This may not be a big deal if it is only a few bites.

However, eating too much dog food can cause malnutrition since dog food does not contain the ingredients that cats should take. This puts the cat’s health at risk, and the habit of eating dog food (or other pet’s foods) should be discouraged from the onset.

Cat owners usually give treats to the cats on special occasions, as a way of showing appreciation to their little ones.

Treats, just like snacks to humans, should only be used sparingly, and not as an ordinary diet. Giving your cat too many treats can lead to weight gain, which subjects the cat to the risk of getting diabetes and obesity. Cats naturally love to hang out on top of household furniture that they can find, either at the top of the fridge, kitchen counters or cabinetry. These places are naturally calming and peaceful for your feline. And getting her the best… 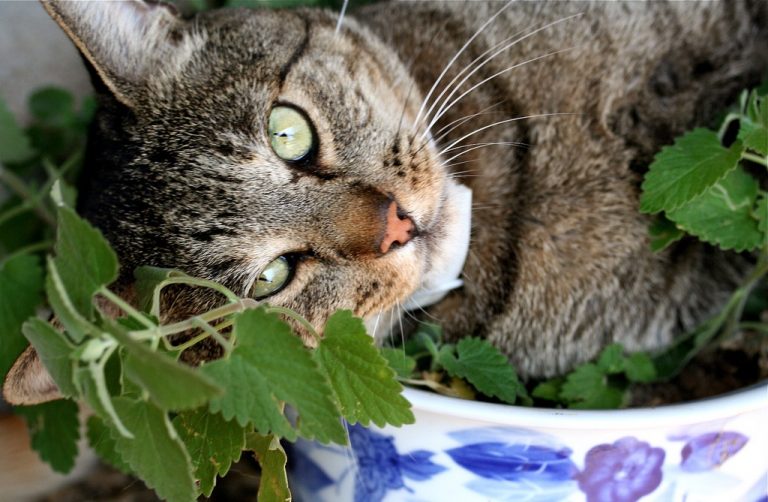 One of the biggest challenges that come with being a cat parent is the management of odor generated by the cat’s litter. It is even worse if you do not have the basic tools for cat hygiene like a proper litter… As a cat parent or an aspiring cat parent, it is significant to learn how to get rid of worms in cats. There are a number of worms that can attack your cat at any given time. The most common ones… Natural Balance cat food is a pet parent’s favorite cat food brand that is prepared using premium ingredients and in hygienic food kitchens. Most of the natural balance cat foods are formulated using real animal proteins as the first ingredients. They… Not every cat can handle the complex ingredients and artificial flavors that most cat food brands include. Most commercial pet foods contain multiple protein sources, additives, by-products and other artificial ingredients that may trigger allergic reactions or cause digestive issues in…